This might surprise you: it’s very likely that the indoor air in your home is more polluted than the air outside! There are many factors, most of which are totally within your control. Some factors present a serious health hazard for your cat! Read on to find out more

Air fresheners have become ever more varied and more popular over the years. Indeed, the number of sprays, plug-ins, scented candles, and other fragrance delivery systems has exploded; up to 75% of American households use them.

But very little attention has been given to their potential downside: toxic chemicals spewing into the air of your home. No wonder experts are saying that indoor air pollution may be worse than the good old smog outside!

The University of California at Berkeley performed a study on air fresheners and household cleaners in 2006 that discovered ethylene-based glycol ethers, classified by the EPA as hazardous air pollutants. It also found the presence of terpenes, which are chemicals often derived from citrus oils that are not inherently dangerous, but react with ozone [a common air pollutant] to form formaldehyde.

Scented candles aren’t much better: most of them contain synthetic chemical fragrances. When burned, these chemicals convert into toxins such as acetone (an ingredient in nail polish remover and paint thinner), benezene, toluene, particulate matter and soot.

Even unscented paraffin wax candles are as just dangerous as second-hand smoke. Burning paraffin releases carcinogenic benzene and toluene. The soot from paraffin candles contains many of the same toxins found in diesel fuel. Yuck!

Many imported candles contain lead in their wicks. Lead is a highly toxic heavy metal; and once it’s in your body, it stays there forever. When one of these candles is burned, lead particles are released into the air, where they can accumulate from 2-9 times more than the limit advised by the FDA. Scented candles are more frequently affected. You can sometimes tell lead-containing wicks by the way they hold their shape when they’re bent, or you may be able to see a tiny filament of lead in the center.

Smoke, whether from a fireplace or wood-burning stove, cigarettes, marijuana, or vaping, is dangerous for your cat. Be sure ventilation is adequate for the situation. For smokers of all kinds, go outside. Not in another room, not in a remote corner: outside, especially for cigarettes. Cigarette smoke contains carcinogens,  heavy metals, arsenic, and cyanide. Sticky, highly toxic particulates, like nicotine, can cling to walls and ceilings. Gases get absorbed into carpets, drapes, and upholstery: things that tend to be very close to your cat’s nose! And even if you are going outside to smoke, you’re still bringing in “third-hand smoke” in the form of particulates that cling to your clothes: particulates that can be toxic to your cat directly, or because those particles and gases can react with indoor pollutants to create an even more toxic mix.

Some incense is dangerous. While the essential oils used to impart the fragrance are probably okay, smoke from the resin can be as bad or worse than cigarette smoke.

Teflon cookware is a toxic hazard. When heated, non-stick coatings give off toxic gases. They can easily kill a bird (canary, parakeet, and even bigger birds), so you have to wonder what they’re doing to you and your furry friends over time!

While the limited use of aromatherapy (never apply directly to the animal, and always provide an escape route), or burning a  stick of incense, won’t do significant harm, Little Big Cat recommends avoiding products that release strong fragrances (or lead!) into the air. Use an aromatherapy diffuser instead.

Be courteous to your pet! While a hint of lavender may be relaxing to humans, there’s no guarantee that it will have a similar effect on our pets. Some odors that humans find delicious are quite annoying to cats; citrus and pine are both highly irritating, and even poisonous in high doses. 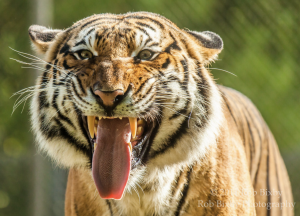 A cat’s sense of smell is about 40 times better than a human’s; a dog’s is up to 200 times more sensitive (depending on breed). Both cats and dogs (as well as many other animals) have a special sensory organ called “Jacobson’s organ” or the vomeronasal organ. This consists of a pair of pits in the roof of the animal’s mouth that connect directly to the nasal passages. By drawing air into its mouth, the animal passes a scent over this organ in order to fully analyze it. This produces a grimace-like expression called the “Flehmen response.”

The bottom line is that both dogs and cats are very sensitive to odors. Air fresheners and other fragrances can be very irritating to an animal. To a pet, these artificial scents must be like living with your roommate’s stereo turned up full blast, 24/7; especially if you don’t like their taste in music! The problem is compounded when several scent products are used throughout the house, leaving nowhere for the pet to go to get away from them.

If you have an odor problem, there are many non-toxic solutions. Many litter deodorizing sprays work on other odors too. X-O, for example, took care of a friend’s carpet when her cat broke a whole bottle of perfume! Dr. Nick Dodman recommends “Zero Odor,” available online or at Bed, Bath and Beyond; and I love it, too. It has a slightly bleachy smell when you spray it, but leaves no lingering scent and is completely safe around kids and pets. It works on everything: kitty litter, trash cans, diaper pails–even skunk spray! (But don’t spray it directly on your or your pet’s skin or fur.)