Aflatoxin caused illness in recalled Kroger pet foods. As we reported in our Blog, the Tennessee Department of Agriculture and US Food and Drug Administration (FDA) investigators found high levels of aflatoxin in some corn grains to blame for the Kroger Co. petfood recall in late December 2010. Aflatoxin is produced by certain molds associated with corn and other grains. This same toxin has been involved in several prior recalls that killed more than 100 dogs back in the 1990s. Reputable companies regularly test their foods for aflatoxin; evidently Kroger is not one of them. The old lesson bears repeating: please don’t buy your pet’s food in grocery stores, and avoid private label and generic brands—the quality is poor and the risks are high!

FDA seeking comments on proposed PETNet. The US Food and Drug Administration is seeking public comment on its proposal for an adverse event reporting system for pet foods and treats (PETNet). The system would be accessible only by federal and state governments. In its comment, the American Veterinary Medical Association (AVMA) whined about not being included. Pet guardians are also being cut out of the system—we need to make our voices heard! The deadline for comments is January 24, 2011. For more information (from the pet guardian’s point of view!) please visit the blog at TruthAboutPetFood.com.

Food Safety Bill signed into law. President Barack Obama signed a $1.4 billion overhaul of the US food safety system, which will give the US Food and Drug Administration (FDA) the power to increase inspections at food processing plants and forces companies, including petfood manufacturers, to recall tainted products. Previously, all recalls were voluntary.

Small animals re-protected. After the courts struck down a prior law as too broad, the “Animal Crush Video Prohibition Act” was finally signed into law by President Barack Obama. The new law bans the production, sale and distribution of animal “crush” videos, or depictions of animals being tortured to death.

Bottled water report. The Environmental Working Group just released its Bottled Water Scorecard for 2011. The report did not study water quality, but rather the information companies are willing to reveal on their labels, websites, or customer service phone lines. The answers are disturbing.

Medicated topical creams for people can harm pets. Numerous reports have surfaced about pet cats and dogs being affected by topical vitamins and hormones used by their guardians. Products left on exposed skin or hands can cause serious side 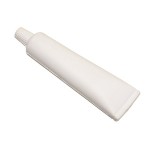 effects when the pet ingests the products through grooming of contaminated fur; or the animal may absorb products directly through its own skin. Symptoms of estrogen or progesterone hormone creams include enlargement of the vulva and nipples and hair loss in females; in males the penis may become smaller, and nipples and mammary tissue larger. More serious effects, including vaginal prolapse and liver failure, have also been reported. Topical vitamin D3 products are even more dangerous, and can cause elevated blood calcium and phosphorus, leading to renal (kidney) failure. Symptoms including increased urination, vomiting, and weakness, may be noted within 1-3 days of exposure. People using estrogen, progesterone, vitamin D, and other medicated creams should apply them only on areas of the body that can be covered by clothing, and must wash their hands after application.

All of our special reports have been recently updated and are available in our Bookstore! Topics include:  Allergies to Cats, Feline Obesity, Feline Diabetes, Feline Lower Urinary Tract Disease, Inflammatory Bowel Disease, and Interpreting Lab Values.

Check out this video PSA from The Paw Project, and pass it on to your friends, Facebook, Twitter, everywhere! We need to get this out to people who really don’t understand what declawing is!

The American Veterinary Medical Association (recently updated the Veterinarian’s Oath that every vet student takes at graduation. New language was added regarding animal welfare and prevention of suffering (in bold).

“Being admitted to the profession of veterinary medicine, I solemnly swear to use my scientific knowledge and skills for the benefit of society through the protection of animal health and welfare, the preventionandrelief of animal suffering….Read more….

A fascinating study out of The Ohio State University was just published in the Journal of the American Veterinary Medical Association (J Am Vet Med Assoc 2011;238:67–73). Here’s part of OSU’s press release about it:

EVEN HEALTHY CATS ACT SICK WHEN THEIR ROUTINE IS DISRUPTED

COLUMBUS, Ohio – A cat regularly vomiting hairballs or refusing to eat probably isn’t being finicky or otherwise “cat-like,” despite what conventional wisdom might say. There is a good chance that the cat is acting sick because of the stress caused by changes in its environment, new research suggests.

Healthy cats were just as likely as chronically ill cats to refuse food, vomit frequently, and leave waste outside their litter box in response to changes in their routine, according to the Ohio State University study. Read More….

Did you know that dental disease is the most frequently diagnosed health problem in cats and dogs? View the American Veterinary Medical Association’s (AVMA) instructional video on dental health and tooth brushing by clicking here. Though we don’t agree with the AVMA on many issues, we do agree that dental care is one of the most important things you can do to keep your pet healthy. Many clinics offer special discounts throughout February, so if your cat hasn’t had a dental check-up in a while, please take advanatage of this essential wellness exam. Read more….